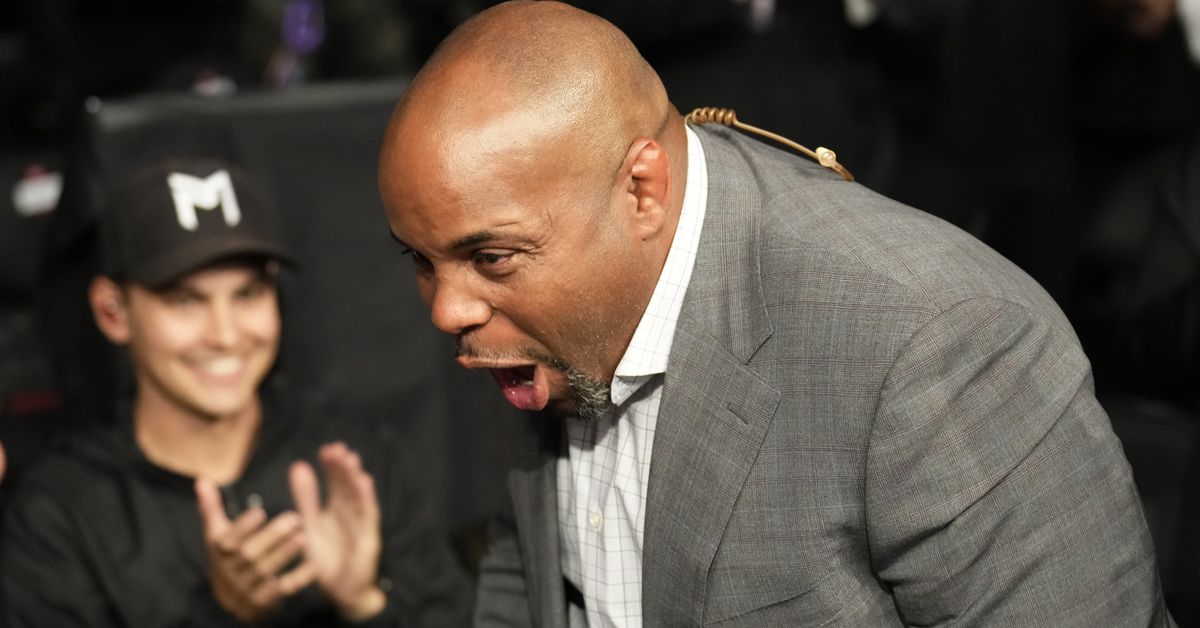 After a brutal knockout loss to Michael Chandler at UFC 273 (watch it in super slow-mo), it’s not exactly clear where Tony Ferguson goes from here. The Lightweight great won 12 in a row before his current losing streak, which has seen him loss four straight in violent fashion. While UFC President Dana White has said Ferguson’s position on the roster is safe, “El Cucuy” doesn’t have a clear path forward.

For some reason, Ferguson’s recent defeat has him lashing out at UFC color commentator and newly announced Hall of Famer Daniel Cormier. Back at his UFC 210 title defense opposite Anthony Johnson, Cormier was having trouble making weight, at least until 1.2 pounds miraculously disappeared into thin air. The common consensus is that Cormier trickily held onto the towel to leverage those pounds off, and he got away with it … much to Johnson’s chagrin.

The “Towel Gate” controversy is five years old, but Oliveira’s half pound struggle on the scale brought it back into the public mind. Ferguson posted Cormier’s weigh-in clip from UFC 210 and advised that UFC “shoulda stripped em’ like they did” Oliveira.

Perhaps a bit surprisingly, Cormier wasn’t all that angry. Instead, he advised Ferguson to lay low and recover, quote tweeting the clip and responding, “Tony please stop. Go and sit back for a little, tuck your head in a hole somewhere. Regroup man, recover spend some time with your family. Like just please stop! I plead with you. It is not a good look. Like you’re making me sad.”

On its own, that’s just a bit of Tony Ferguson strangeness. Ferguson didn’t take kindly to Cormier’s reply, however, telling Cormier to “lay off that yay,” a slang term for cocaine. He also brought up Khabib Nurmagomedov (“Fathead” in “El Cucuy” speak), Cormier’s training partner and a likely source of this unexpected beef.

Lay Off The Yay Buddy Not A Good Look You Make Yourself Look Sad. I’m already back to work ✝️ I don’t quit like you ⚖️ Enjoy your retirement with Fathead -CSO- # pic.twitter.com/iAxyYtuThI

Cormier didn’t directly respond to Ferguson’s accusation, merely warning the former interim champion to be careful. Ferguson responded in his usually indecipherable fashion, and currently, that’s where the exchange ended.

I’m not sure that this feud can really go much further, but we can certainly chalk it up to another strange chapter in the ongoing “El Cucuy” novel.