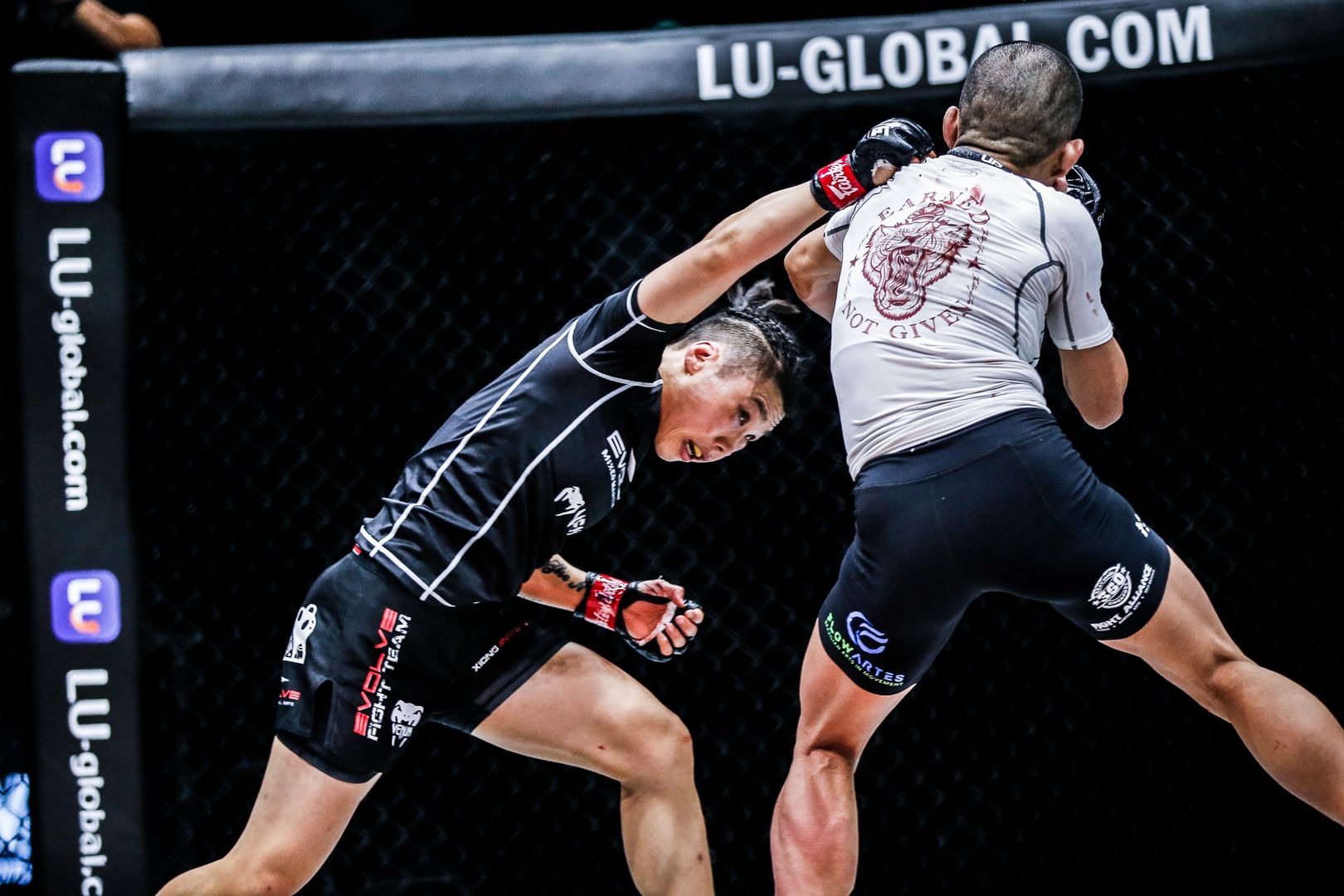 “The Panda” Xiong Jing Nan put on an impressive striking display to defend her ONE Women’s Strawweight World Title via unanimous decision in a rematch with Tiffany “No Chill” Teo.

The challenger from Singapore was far more competitive than in the first encounter nearly three years ago and almost shocked the world with a late rally at ONE: INSIDE THE MATRIX.

However, Teo was still not good enough to stop her Chinese rival, who was more aggressive and effective with her punches and kicks to earn the victory on Friday, 30 October, at the Singapore Indoor Stadium.

Teo took a cautious approach in the first round and initially avoided a lot of strikes by keeping her distance and circling to her right. She struck from range and found a home for her long jab and leg kicks.

But Xiong found the solution in the form of her punches. She burst forward with flurries – leading with an unorthodox right hand that resembled a hammerfist and throwing some hard leg kicks of her own.

The Chinese World Champion continued to find success in the second stanza, as she came out swinging with punches. She also briefly put her Singaporean adversary on the mat with a hard low kick.

Though “No Chill” managed to score a takedown, Xiong was soon back on her feet and ended the round on top. She defended an armlock attempt and then threw some hard ground-and-pound until the bell rang.

Buoyed by her early success, Xiong seemed to find her groove in the third period. She defended more takedown attempts and continued to score with leg kicks and punches.

Knowing she needed to do more, Teo came forward a little more in round four and landed strikes with increasing frequency, but they didn’t seem to faze “The Panda.”

The Evolve representative continued to lead with her right hand and clearly had the edge in speed, as she closed the distance and landed flurries of punches. 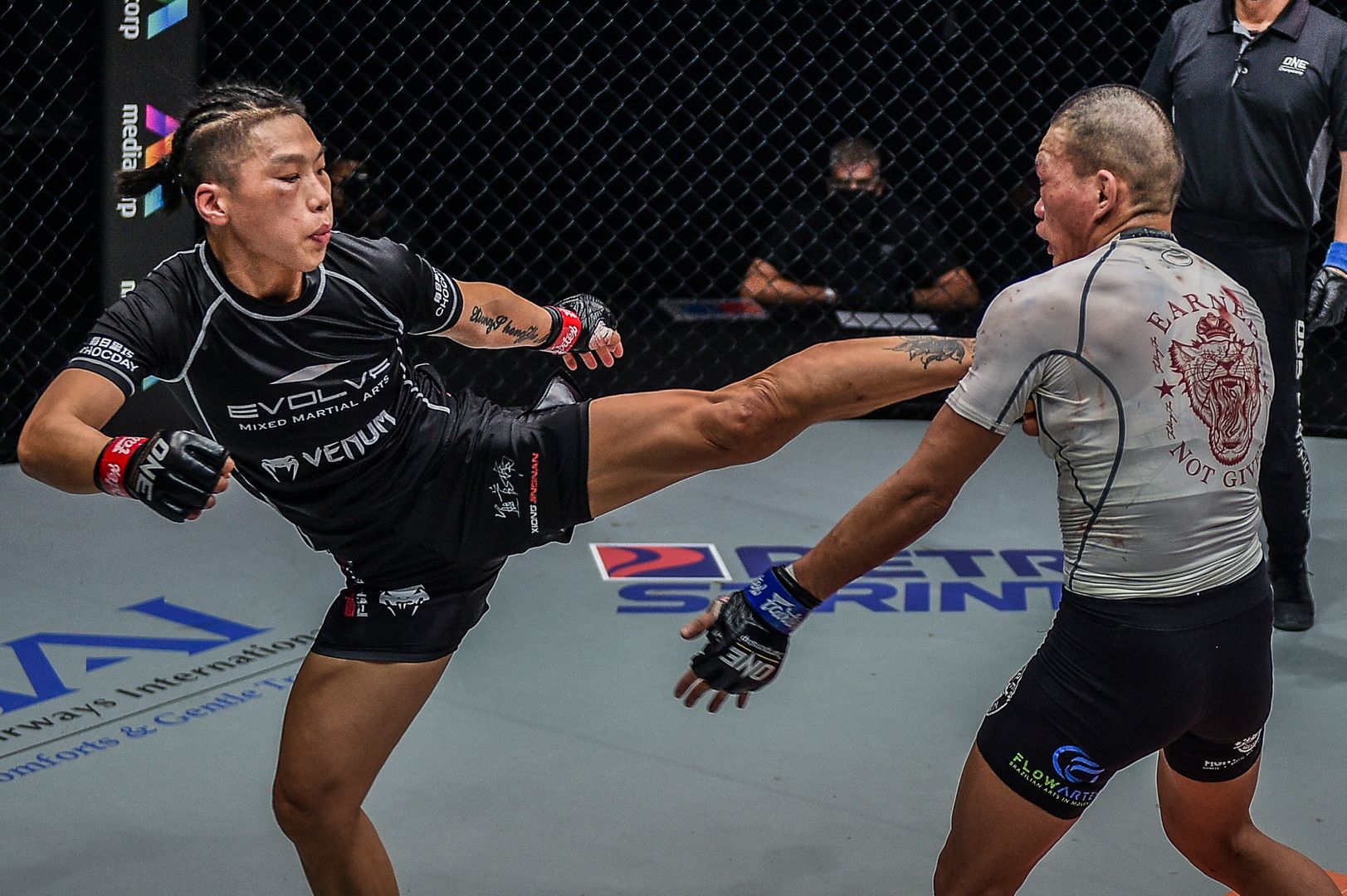 The final round looked like it would bring more of the same kind of action, but Teo threw caution to the wind and surged forward to try and steal the contest.

She pushed Xiong against the Circle Wall, landed knees, and then hit a takedown to draw cheers from her hometown crowd.

However, “The Panda” still had plenty of gas in the tank, and though she ate some shots while getting to her feet, she fired back and got away from danger.

The reigning strawweight queen regained control of the striking exchanges in the final moments and put a stamp on her fourth World Title defense with more powerful punches – earning the nod from all three judges. 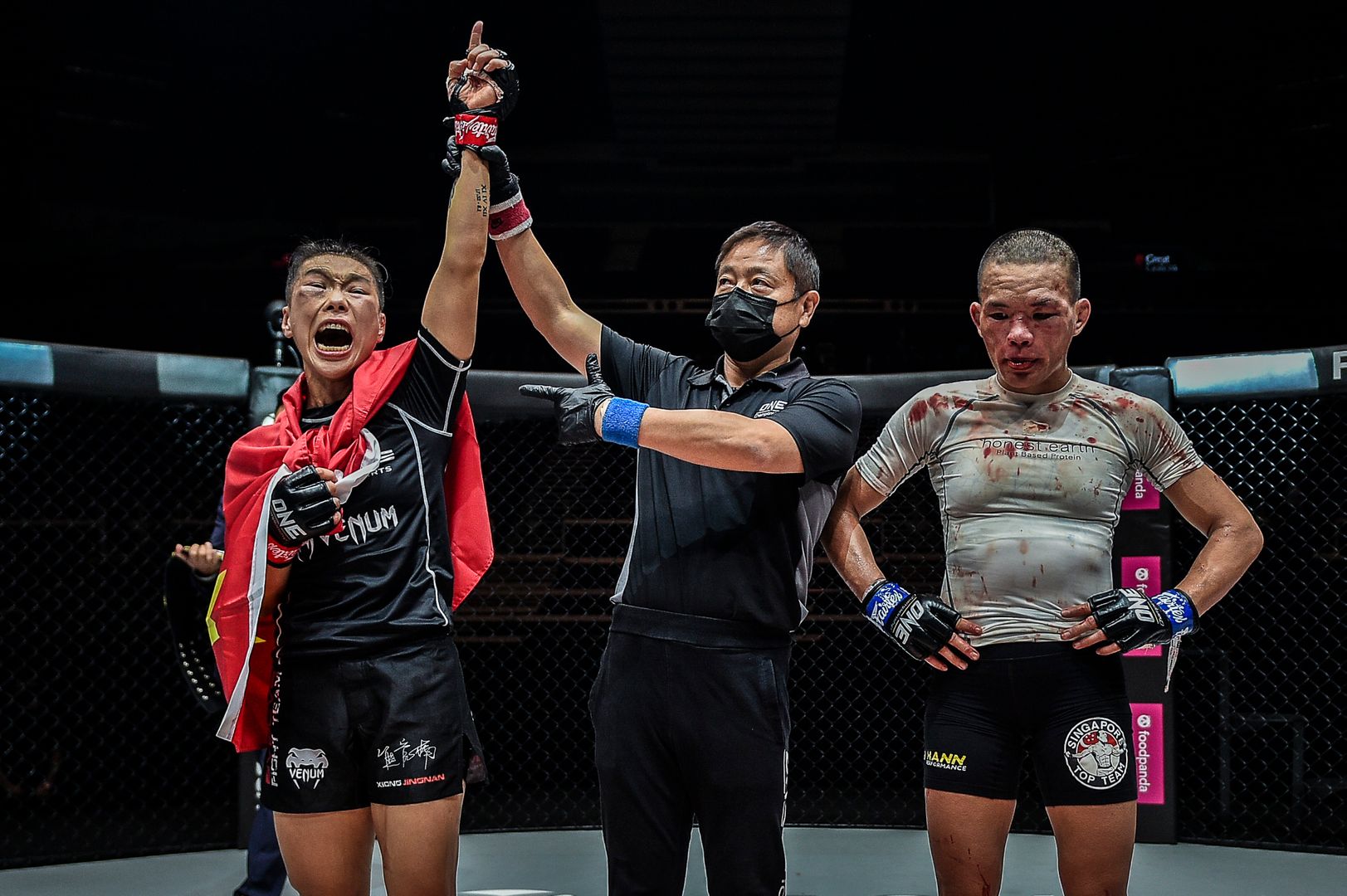 Read more: ONE: INSIDE THE MATRIX – Full Results And Highlights For Aung La Vs. De Ridder