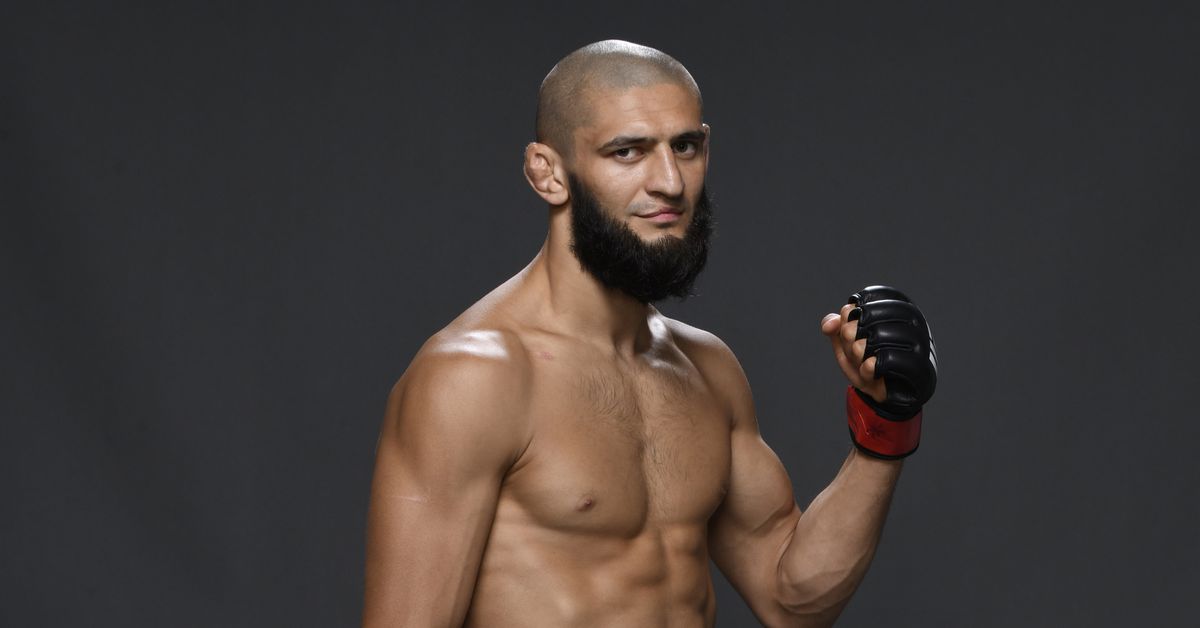 This weekend (Sat., Sept. 19, 2020), Ultimate Fighting Championship (UFC) will continue its stay at UFC APEX in Las Vegas, Nevada, with UFC Vegas 11. This is the final visit to the UFC APEX before the promotion returns back to “Fight Island,” and it’s finishing this string of events with a bang. In the main event, the heated grudge match between Colby Covington and Tyron Woodley will finally go down, but before then, a handful of top prospects will collide.

Let’s get to it and break down some main card fights! Remember, we’ll be back later this week to preview and predict the biggest fights of this weekend’s event.

Best Win for Chimaev? John Phillips For Meeschaert? Trevin Giles
Current Streak: Chimaev is undefeated at 8-0 with two wins inside the Octagon, while Meerschaert came up short last time out
X-Factor: It’s a gigantic step up in competition for Chimaev
How these two match up: It’s really hard to say …

Chimaev took “Fight Island” by storm, winning two fights in 10 days at two different weight classes to set a UFC record. As a result, “Borz” is now one of the hottest prospects in the sport thanks to his aggressive wrestling and devastating top game.

Meanwhile, Meerschaert has established himself as a very solid mid-tier fighter at 185 lbs. The Southpaw has a mean body kick and some underrated pop in his hands, but “GM3” is primarily looking to drag opponents to the mat and add to his impressive submission total.

After Chimaev’s second UFC victory, I wrote a whole article about how it’s impossible to tell just how good Chimaev is at this point. He’s been utterly dominant … against competition notably prone to his style of fighting. Meerschaert is decidedly less so — he’s surely fought plenty of grinding wrestlers in his 44-fight professional career, and his jiu-jitsu game is extremely legitimate.

Put simply: Chimaev being a 4-1 favorite is absurd.

However, this column is a straight up pick, not a betting advisory (look to Patrick Stumberg for such posts). Chimaev does have the advantages of youth and cardio, which can make a huge difference in a grappling-heavy fight. Plus, I cannot shake the memory of Jack Hermansson simply walloping Meerschaert from top position, which is perhaps the biggest influence on my pick.

Best Win for Walker? Misha Cirkunov For Spann? Devin Clark
Current Streak: Walker has lost two straight bouts, while Spann has four straight inside the Octagon
X-Factor: Where is Walker at mentally?
How these two match up: There is zero chance this bout is boring.

Since fans — and, to be fair, actual results — have been really rough on Walker lately, let’s focus on the positives for a moment. The man is genuinely violent on offense, with that special sense of timing and distance that really makes a fighter dangerous. His problems are defensive, both in terms of getting hit too much and out-wrestled.

Spann is an interesting prospect. Despite a wealth of experience and great physical tools, Spann doesn’t yet seem to be making full use of his potential. He’s still in the process of putting it all together, rather than a complete product.

Of course, he’s doing something right, as evidenced by all the wins and finishes.

Walker’s weaknesses have been revealed, but is Spann the man to capitalize upon them? I don’t think so. He doesn’t have the conditioning or wrestling to really grind down Walker in Nikita Krylov-esque fashion, which means he has to kickbox with the Brazilian. Given Walker’s very considerable knockout power and Spann’s generally average defense, that seems like a bad match up.

Best Win for Dern? Ashley Yoder For Markos? Carla Esparza
Current Streak: Dern returned to the win column last time out, whereas Markos came up short
X-Factor: Will Markos willingly grapple with the jiu-jitsu ace?
How these two match up: Neither of these athletes are to be trusted.

Dern is … not good at MMA. Her takedowns are sloppy, and her kickboxing comprises an overhand right. Half of the time, she doesn’t even seem to understand how to set up takedowns with strikes. Her jiu-jitsu skill simply doesn’t matter if she cannot use it.

Markos, meanwhile, alternates wins-and-losses with mind-boggling consistency. In six years on the roster, Markos has never scored consecutive wins or suffered consecutive defeats. She’s a grappler first and foremost, but the rest of her skills are definitely better than her opponent’s own abilities.

I may not trust Markos, but I do trust her camp, the legendary Tristar Academy. If there’s one thing the folks at Tristar know how to do, it’s sit on a lead. If Markos brings out the anti-Carla Esparza gameplan of standing low and throwing jabs, I don’t know that Dern will have an answer.

If Markos starts looking to get on top, however, things could get hairy in an instant.

Best Win for Holland? Gerald Meerschaert For Stewart? Deron Winn
Current Streak: Holland has won two straight, while Stewart bounced back last time out
X-Factor: Stewart’s punching power
How these two match up: This should be fun.

Holland has struggled a bit with conditioning and decision-making inside the Octagon a bit, but he seems to be hitting his stride. Holland’s long range kickboxing and counters have grown more precise than ever, resulting in the first knockout wins of his UFC career. Outside of his kickboxing game, Holland is quite skilled on the mat.

Stewart is a pretty straight forward fighter. He’s grown more difficult to wrestle, which has better allowed him to implement his aggressive kickboxing game. Stewart throws big power punches, and he’s especially dangerous in the clinch.

There’s a real chance that “The Dentist” catches Holland being slick with his head movement and bombs him into unconsciousness. If that doesn’t happen, however, Holland is more likely to land and make Stewart miss with his quick crosses and counters. Plus, if anyone’s scoring takedowns, it’ll probably be “Trail Blazer.”

Accuracy and perhaps some top control make the difference in the eyes of the judges.

Remember that MMAmania.com will deliver LIVE round-by-round, blow-by-blow coverage of the entire UFC Vegas 11 fight card this weekend, starting with the ESPN+ “Prelims” matches, which are scheduled to begin at 5 p.m. ET, then the remaining main card balance on ESPN+ 8 p.m. ET.

To check out the latest and greatest UFC Vegas 11: “Covington vs. Woodley” news and notes be sure to hit up our comprehensive event archive right here.

Dana White reacts to Conor McGregor’s recent arrest, REACTS to Michelle Waterson vs Angela Hill
MMA Updates; Abdel-Aziz Blames UFC For Not Making Edgar vs McGregor; Rockhold Training For UFC 199
Johnny Walker expects to finish Ryan Spann after having “one of the best camps ever” at SBG Ireland
ONE Championship: KING OF THE JUNGLE Lead Card
BREAKING! Tony Ferguson vs. Michael Chandler in the works, Adesanya on his beef with Costa, Poirier