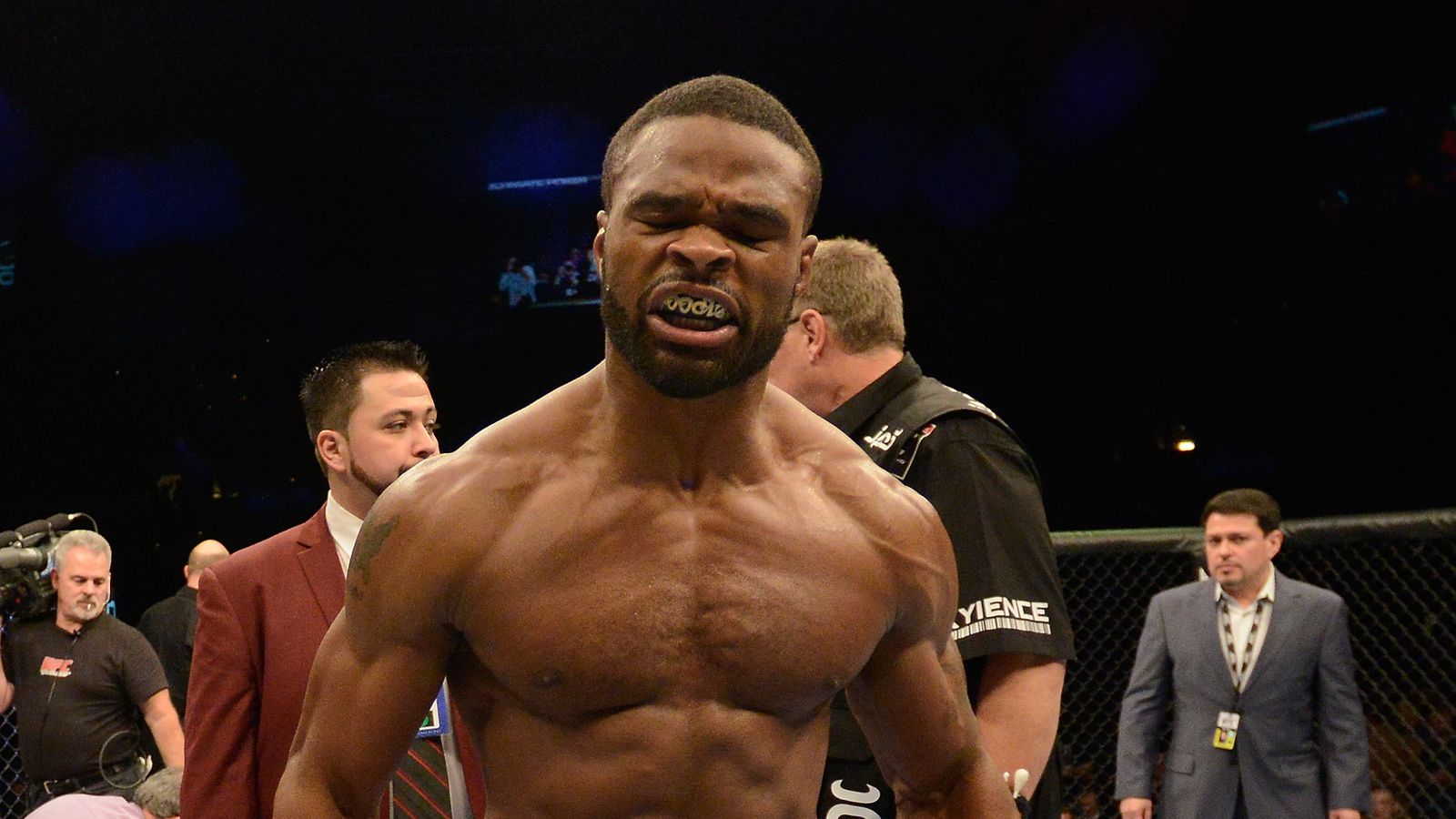 He’ll get his chance in the UFC Vegas 11 main event this Sat. night (Sept. 19, 2020) inside UFC APEX in Las Vegas, Nevada, a five-round affair that may leave “Chaos” stretchered with stiff arms as officials scramble to dislodge his mouthpiece.

“I want to knock him out to the point that when they’re raising my hand and they’re talking, they’re still gathering him,” Woodley told TMZ. “Hopefully, they’re stretchering him out and trying to get his legs to unstiffen, and still trying to get the mouthpiece out of his mouth. No I’m not gonna shake his hand. I’m not gonna shake his coach’s hand most likely. This is for real for me.”

Woodley (19-5-1), who turned 38 back in April, dropped his strap to Kamaru Usman in the UFC 235 co-main event back in early 2019, then turned in a similarly uninspired performance against Gilbert Burns at UFC on ESPN 9 roughly one year later.

Covington (15-2), meanwhile, will make his first appearance since getting stopped by Usman at UFC 245 last December. Prior to that loss, “Chaos” racked up seven straight wins over some of the biggest names in the division, including two former champions.

To see who else is fighting at UFC Vegas 11 click here.