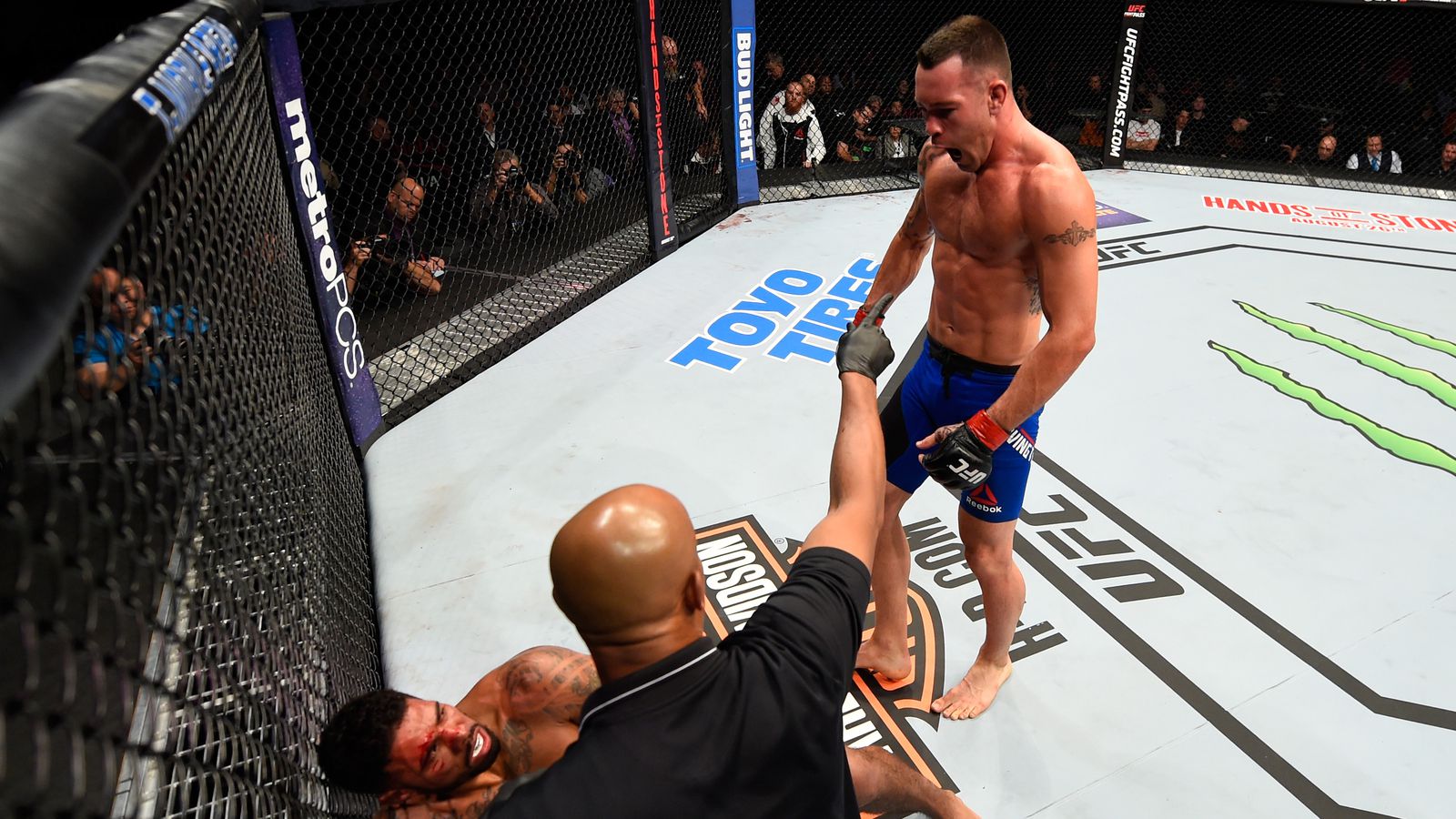 Whether you like his shtick or not, former Ultimate Fighting Championship (UFC) interim Welterweight champion Colby Covington knows how to get the job done inside the Octagon.

His push-the-pace style has been a problem for several of his opponents, as “Chaos” isn’t the type to sit back and counter, oftener preferring to go full speed ahead in order to try and get his foe out as fast as possible.

While Covington has been known to grind out long and drawn out wins, he has several finishes on his resume, as well. Ahead of his highly-anticipated showdown against Tyron Woodley — set to go down this Saturday night (Sept. 19, 2020) at UFC Vegas 11 in Las Vegas, Nevada — UFC put together a collection of Covington’s best finishes inside the Octagon.

A finish over “The Chosen One” would go a long way in helping “Chaos” jump up a few spot in the rankings and perhaps cut the line for another title shot. Covington came up short in his first attempt to win the title after losing to Kamaru Usman at UFC 245 last December.

BREAKING NEWS THE UFC IS BACK FULL TIME!
A Kangaroo Fight With UFC Commentary
ALL of Israel Adesanya’s MMA Fights BEFORE The UFC (HIGHLIGHT Video)
UFC Vegas 11 Weigh-Ins: Covington vs Woodley | LIVE
Quickest Knockout of my Career(UFC Part3)