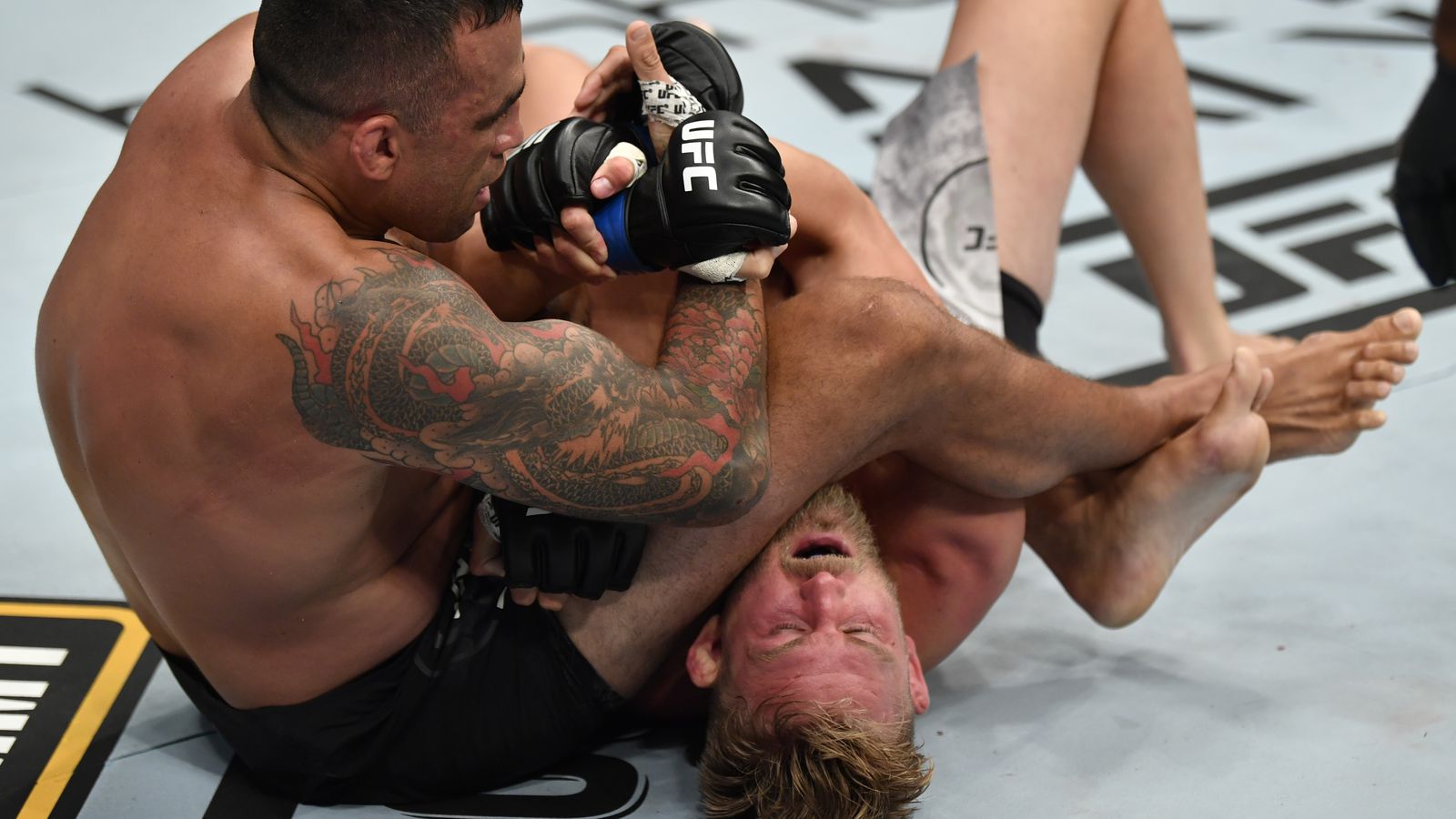 Gustafsson looked good in the early going as the former light heavyweight title challenger had the same familiar bounce in his step and pop in his shots. Unfortunately for “The Mauler,” Werdum was also on the prowl and ended up taking Gustafsson’s back during a transition to the ground. Werdum quickly set Gustafsson up for an armbar and forced him to defend with everything he had. Being the savvy submission finisher that he is, Werdum worked to loosen Gustafsson’s grip and snatch his arm away for the vicious stoppage.

Check out the highlights above courtesy of UFC/ESPN.

With this performance, Werdum gets back in the win column after losing a split decision to Aleksei Oleinik back in May. The Brazilian legend planned on this bout being his last under the UFC banner, but maybe the promotion will try to keep the former champ around. Gustafsson was making his first attempt at heavyweight, but Werdum still looked to be in great shape and ready to kill from the opening bell.

For complete UFC on ESPN 14 results and coverage click here.

Conor McGregor will box Manny Pacquiao in 2021 according to manager
BREAKING! Anderson Silva RELEASED from the UFC, Khabib responds to Dana White, Conor vs Poirier
Dana White: “Khabib’s going to fight” again
Blaydes vs Lewis: Fight By Fight Preview
7 Fights That Made MIKE TYSON a Superstar!