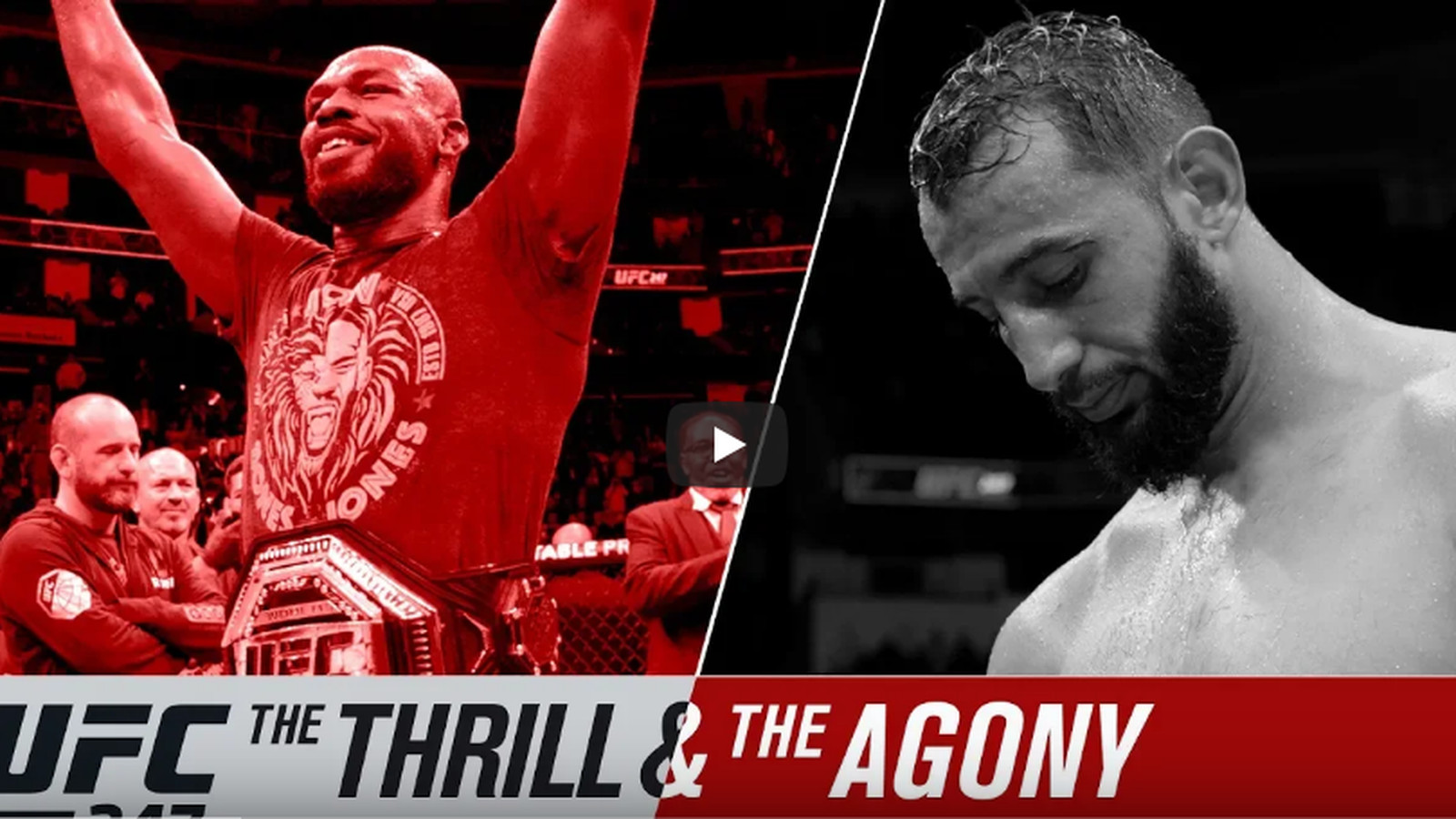 After all was said and done at the UFC 247 pay-per-view (PPV) event — which went down on Sat., Feb 8, 2018 inside Toyota Center in Houston, Texas — there was plenty of “Thrill and Agony” to go around.

Sharing in the obvious joy was Jon Jones, who narrowly escaped “H-Town” with his Light Heavyweight title after going five grueling rounds against Dominick Reyes. Indeed, “Bones” was on cloud nine after his history-making win, as he moved into sole possession of the longest winning streak in championship fights with 14.

On the flip side of that coin, Reyes was undoubtedly feeling the blues after coming up short in his bid to become the new 205-pound champion. But “The Devastator” didn’t exactly leave Houston empty-handed, as he earned the respect of many — Jones included – for his performance. He may have even earned himself a rematch.

To see the complete results and link wrap up for all things related to UFC 247 click here.