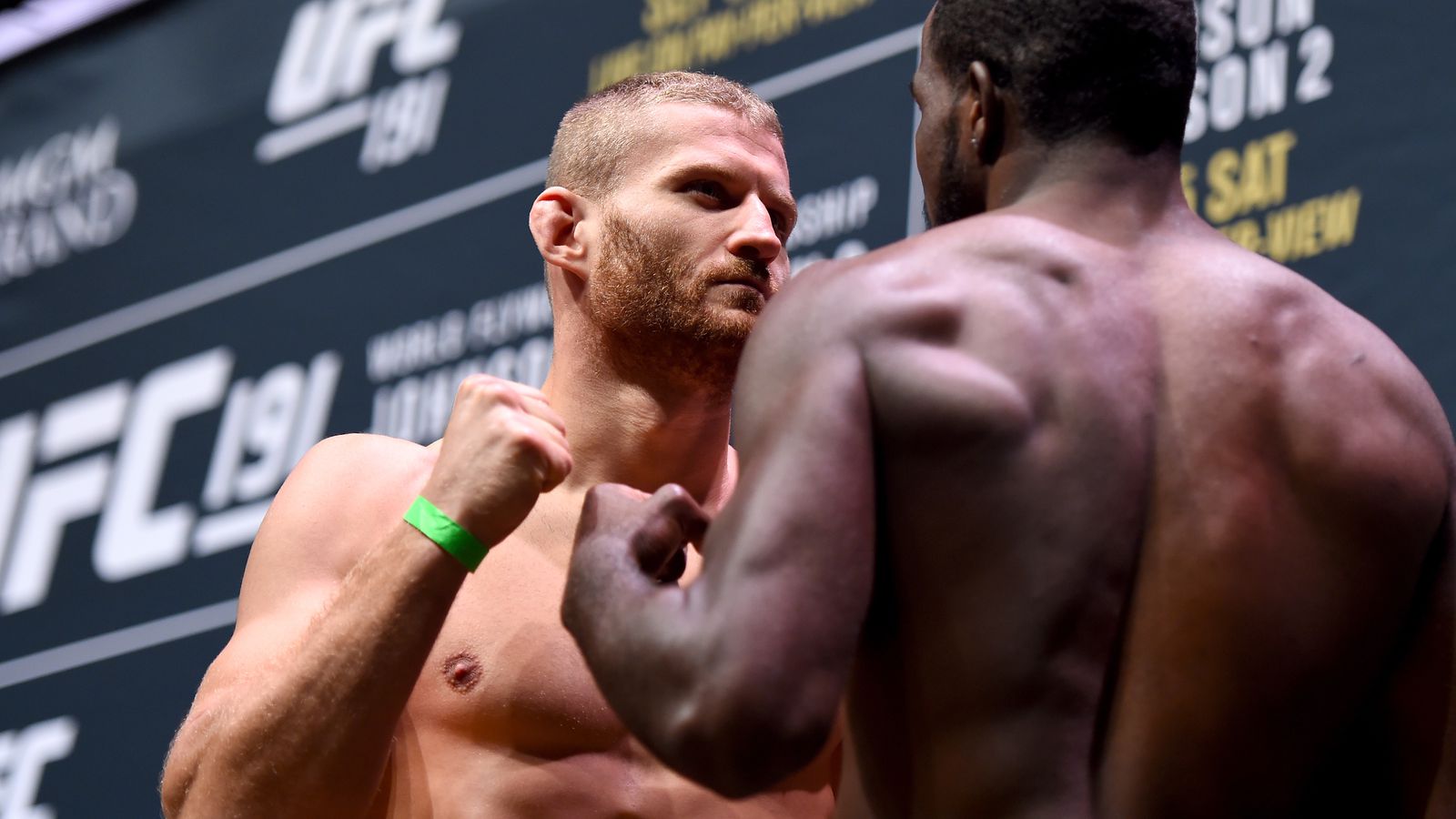 I think it may be hard for some fans to take Jan Blachowicz seriously when he talks about fighting Jon Jones for the light heavyweight title, because the power-punching Pole must first get through fellow 205-pound contender, Corey Anderson, in the UFC Fight Night 167 main event this Sat. night (Feb. 15, 2020) in Rio Rancho, New Mexico.

That’s the same Anderson who dominated Blachowicz when they first went to war at the UFC 191 pay-per-view (PPV) event roughly four years back in Las Vegas. “Overtime” was 4-4 in takedowns and landed 156 blows, most of them from the top.

“I don’t have jet lag (this time),” Blachowicz told MMA Junkie. “My body is good because in our first fight, after two minutes of the fight I was completely exhausted, but I was able to go until the end of the fight, so it’s also some kind of substance for me. But now I’m good. I came to Rio Rancho more than two weeks ago, no jet lag. But this time it’s going to be a completely different fight. But I think Corey is going to do the exact same. He’s going to try to use his boxing to take me down and control me from the top.”

This is more than just a shot at revenge. The winner of the UFC Fight Night 167 headliner sits atop a very short list of 205-pound title contenders. Based on history, and the amount of noise coming from Anderson, mixed martial arts (MMA) fans are expecting “Overtime” to grind his way to a Jon Jones fight later this year.

“I think he doesn’t have respect for me,” Blachowicz said. “He beat me in an easy way in our first fight, but after this fight he changed opinion about me. I’ll try to teach him respect in the fight. The best way for me would be to knock him out, then I will be next for the title shot.”

Blachowicz (No. 6) is currently ranked one spot below Anderson (No. 5) in the official light heavyweight rankings. Fortunately for both competitors, contenders 1-4 have already lost to Jones and the promotion is likely to favor new blood over immediate rematches.

“I would like to be the first guy to beat Jon Jones,” Blachowicz said (via MMA Fighting). “My wrestling is much better than when (Anderson) fought the first time. He’s going to fight a completely different fighter. The pressure is going to be on his side. I cannot wait. I believe and I feel inside me that I got Corey Anderson because I never lose a rematch.”

We’ll find out in roughly 48 hours.

For the rest of the UFC Rio Rancho fight card and ESPN+ line up click here.

UFC debate: Could wins for Derrick Lewis and Chris Weidman lead to title runs?
As Season 4 begins, who are the top UFC prospects produced by ‘Dana White’s Contender Series’?