RALEIGH, N.C. – Holding a two-point lead heading into the final bout, So. Deonte Wilson got a late takedown and scored a 5-2 decision at heavyweight to give No. 3 NC State a 19-14 win over No. 8 North Carolina in a top-10 ACC battle in Reynolds Coliseum.

The dual started at 125 pounds in a battle of redshirt-freshmen. NC State’s Jakob Camacho scored a takedown in the first, and added two more in the third to start the Pack with a 9-4 decision.

UNC evened the dual after two bouts, as Jamie Hernandez got a third period ride out to down Jarrett Trombley 2-0.

No. 11 redshirt junior Tariq Wilson scored a top-10 win at 141 pounds, as he defeated No. 10 Zach Sherman 6-0. With a 1-0 lead to start the third, Wilson scored a pair of two-point near falls and got a third period ride out for the win.

The Tar Heels evened it once again, as No. 3 Austin O’Connor used two second second period takedowns for the 6-5 win over Matt Grippi at 149 pounds.

Deonte Wilson wins it at heavyweight, and the crowd goes wild! @PackWrestle takes the dual 19-15! pic.twitter.com/YRiu5BnigU

No. 2 redshirt junior Hayden Hidlay scored his seventh ranked win of the season, a 9-2 decision over No. 15 A.C. Headlee. Hidlay scored a four-point move in the first, and added a takedown in the third after a second period ride out.

At the halfway point, it was NC State 9-6 over UNC.

The first bonus point match of the night went to No. 16 Kennedy Monday at 165 pounds, as he scored a 20-5 tech fall over Tyler Barnes to give the Tar Heels an 11-9 lead with four bouts left.

MIDLANDS AND THE SCUFFLE: Here’s what you need to know about how the 2019-2020 winter tournaments went for each team

NC State retook the lead after the 174-pound bout, as No. 18 Daniel Bullard scored a takedown in both the second and third periods, and after ride time was added in, it was an 8-4 decision.

The Pack’s bonus point win on the night came at 197 pounds, as No. 3 redshirt freshman Trent Hidlay scored a 13-5 major decision. Hidlay had three takedowns in the first and two more in the third and added in 2:28 of ride time.

Up Next
The Pack will return to home action next weekend for its third straight top-10 ACC dual, when the Pack hosts No. 7 Virginia Tech Friday, Feb. 14 at 7 p.m. in Reynolds Coliseum. 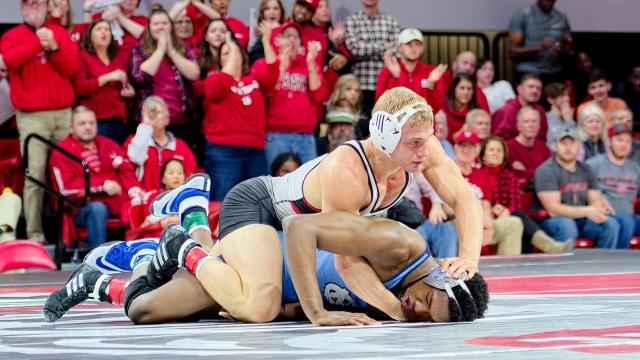 N.C. State vs. UNC wrestling: Three questions we have before the top-10 ACC dual

Welcome to Raleigh, home of the 2019 World Team Trials and now home to what will be the first top-ten matchup between North Carolina and North Carolina State in history. Two scrappy schools combined with an in-state rivalry and a long history of ACC competition makes this a can’t miss match, and excitement is high. 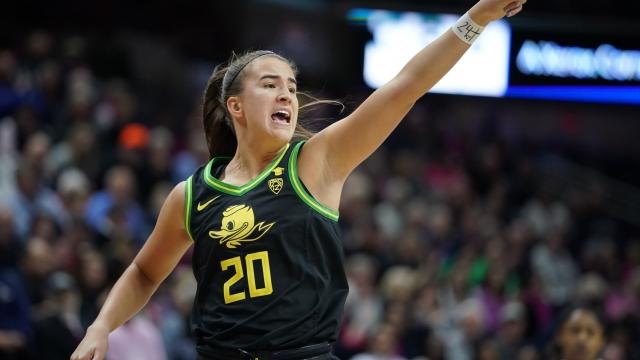 The NCAA Division I Women’s Basketball Committee revealed its top 16 teams on Monday night, giving fans a first glimpse as to what the tournament field might look like when March rolls around.